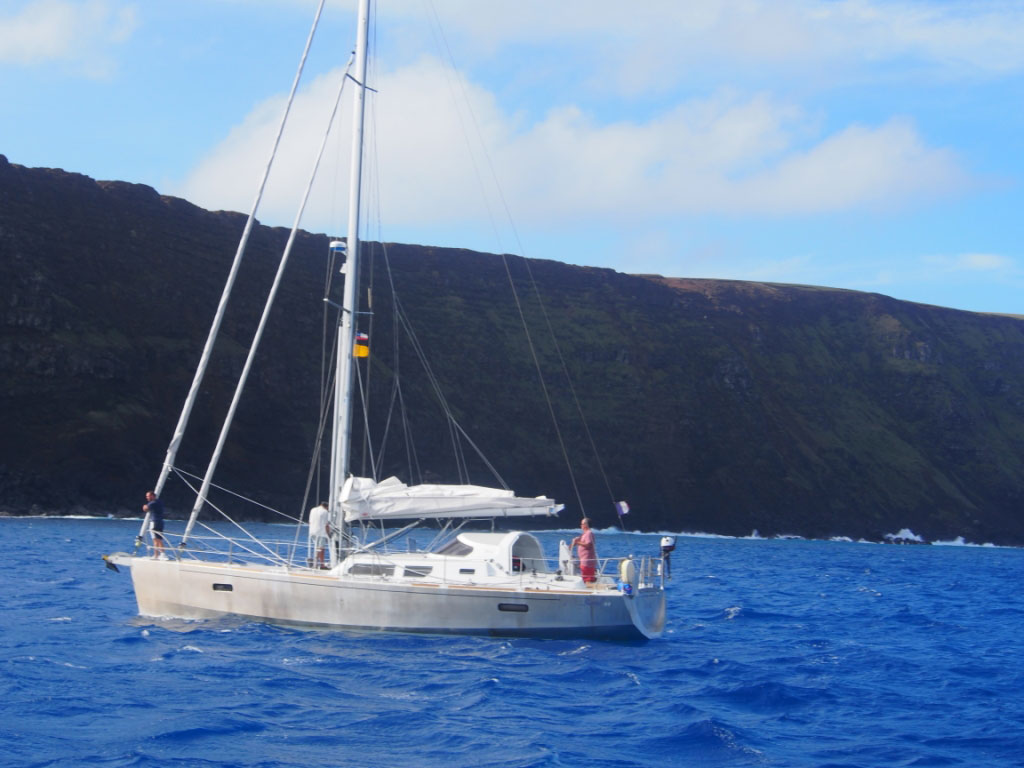 On this picture « Coyote » (Boreal 44) is arriving at the Easter Island, coming from Tahiti.
What’s unlikely ? It’s the fact that this picture comes from Christopher, Boreal 47 « Sila »’s skipper who was coming from the Galapagos and arrived a few days before at Rapa Nui…

Michel is sailing on board his Coyote with friends. He has left Treguier in October 2013 while Christopher (Boreal 47 « Sila ») sailing with his wife and their two sons, casted off his moorings beginning of the same summer.
The two crews already crossed paths in the Caribbean sea.