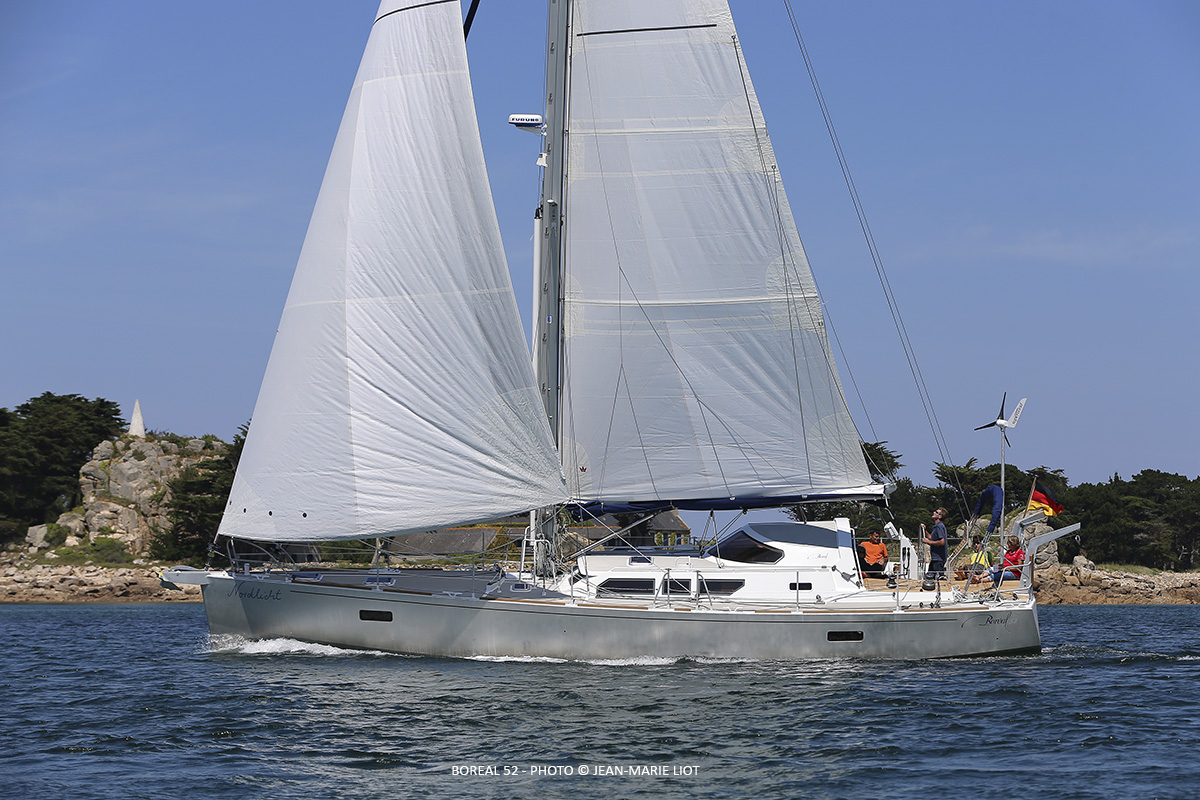 7 years after the launch of the first Boréal 50, the shipyard wished to put all the cumulated experience and his clients’ feedbacks into the development of the Boréal 52.

Boréal’s fundamentals were kept but a narrower bow, a lighter structure but even more robust, 8 cm more headroom, a new interior design with a “like home” bathroom and a double seat in the doghouse make the Boréal 52 a whole new yacht.

In the Tropics the rear deck will offer the crew to relax in deckchairs. In the storms of the Deep South this crew will keep a close watch well sheltered in the doghouse, dry and warm but ready to act.

From her very first test in July 14, “Nordlicht” has been nominated and in December 2014, the Boréal 52 officially received her award “European Yacht of the Year 2015” in the “Blue Water Cruiser” category.